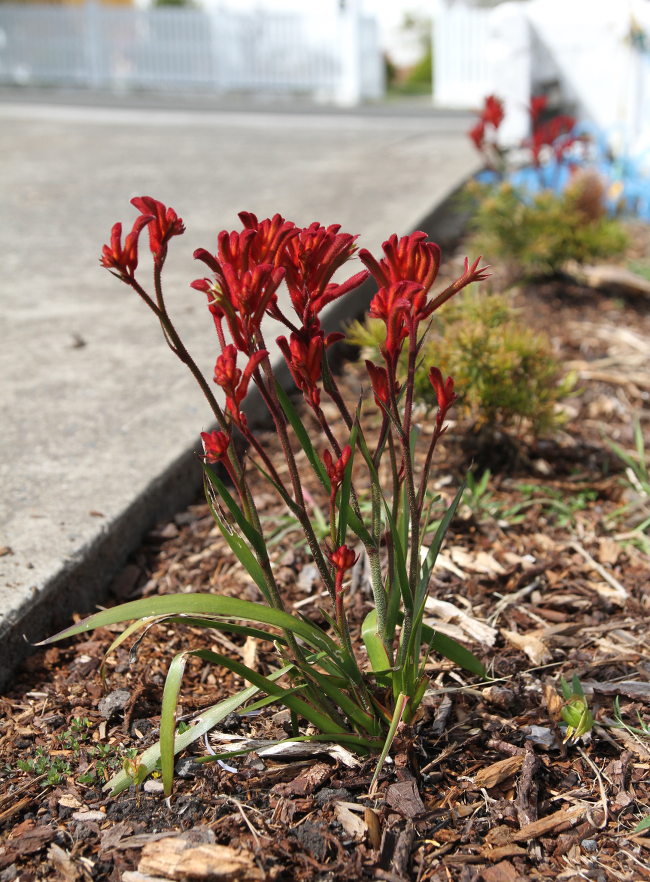 Now that I’m a suburban homeowner with a garden that needs looking after, strange as it still feels, I’ve been experimenting with planting Australian natives. Many of them are drought-tolerant and suited for the variable climate patterns of southern Australia: beating sun, dry spells, strong winds, torrential rains, light frosts. (Often within the same week.) And since I didn’t grow up with these plants, they’re unique and exotic to me. Win-win.

It pays to be selective with native plants. Even within Tasmania, the smallest of the states, many endemic natives would hate my garden because it’s not nestled in the central mountains, nor is it in the temperate rainforest. And even when you’ve chosen plants that should like your yard, you just never know. Proteaceae (banksias, grevilleas) should hate it here because I don’t live on sandy soil, but all the ones I’ve planted are happy as clams, including my waratah. Meanwhile, all three Tasmanian tea-trees I planted have turned up their toes and said, nope, I’m out. Nothing is ever guaranteed. 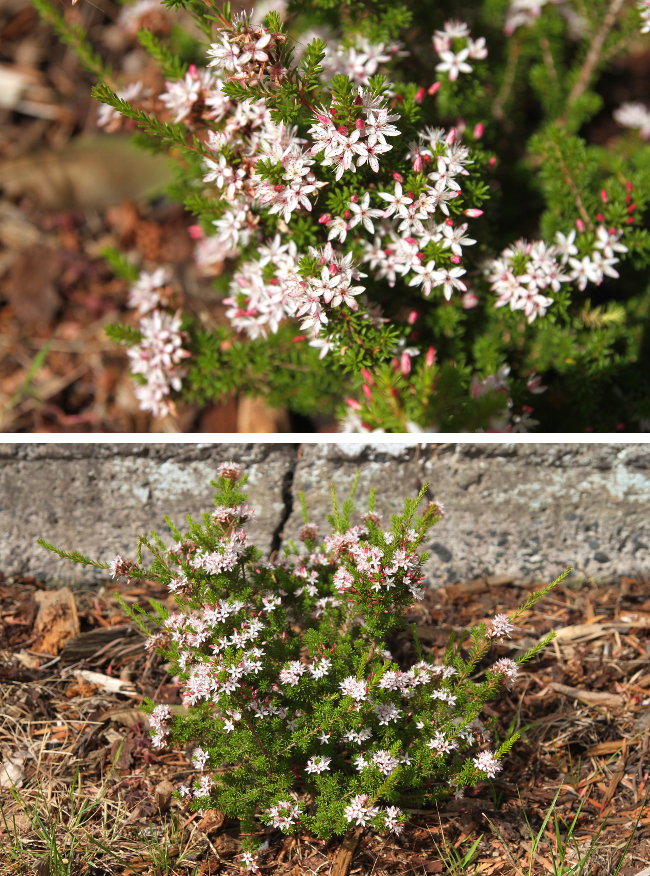 For a few weeks in spring (October-November), this finely-leaved bush is smothered in small, starry, pinky-white flowers. This Tasmanian endemic was dead simple to grow in a semi-dry, part-shade location, and I’m considering it for other parts in the garden. This is the only non-hybrid, true-to-type native I planted that didn’t need any babying. 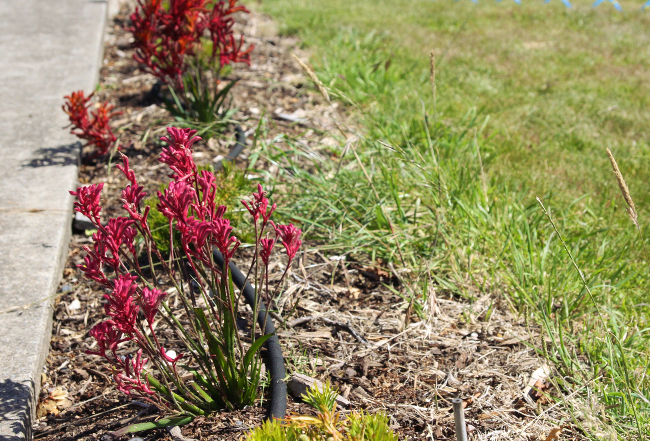 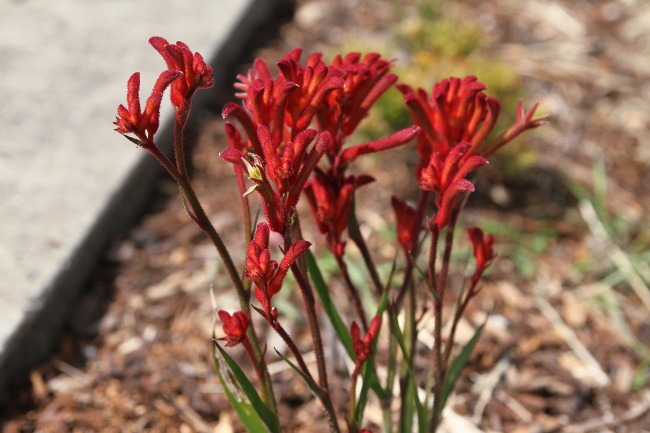 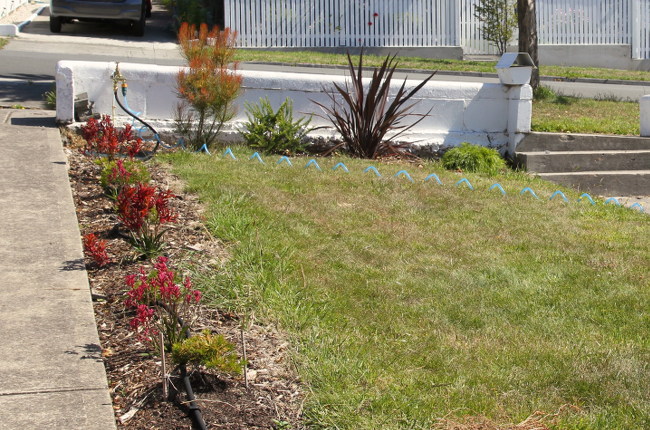 One of the more prolific and well-known natives, all originating from a small region of Western Australia. WA plants often don’t like the heavier eastern soils, so I went with some hardy ‘Bush’ hybrids (‘Bush Blitz’, ‘Bush Pearl’) that could hack it on the east coast. Look at them go, flowering their heads off. They’re interspersed between my ‘Birthday Candles’ dwarf banksias, which are currently forming heaps of cones (!) for an autumn bloom. 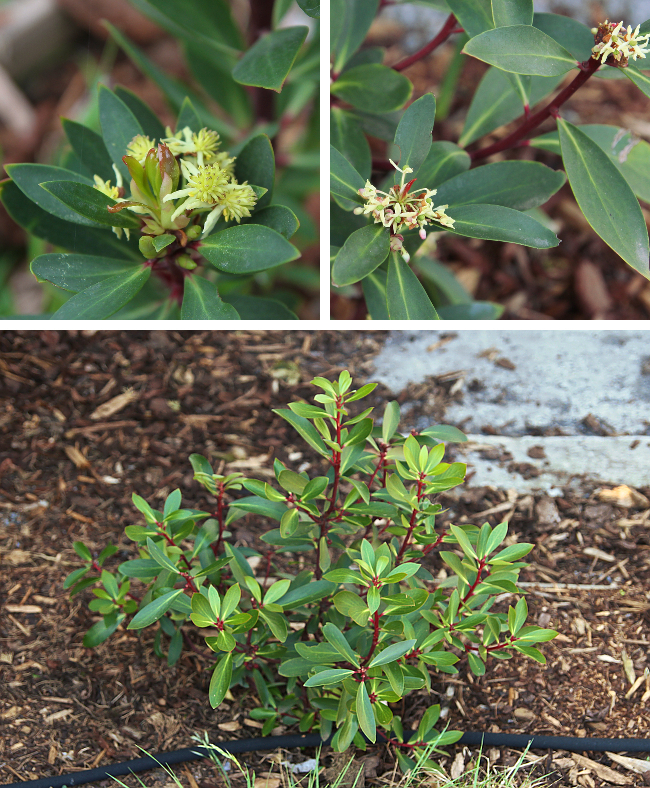 Eighteen months in, and the dark red twigs I planted are now looking like small shrubs. I planted them for the spicy berries, but the red-and-green shrubs are rather handsome in themselves. They bloom in early spring (September), form red berries, and then the berries turn purple-black at the end of summer and they’re ready for harvest. These guys like this shaded, damp spot, with extra water and mulch, but they’re surprisingly resilient against the summer sun overhead.

The flowers, respectively, are on the male and female plants. I have one of each. 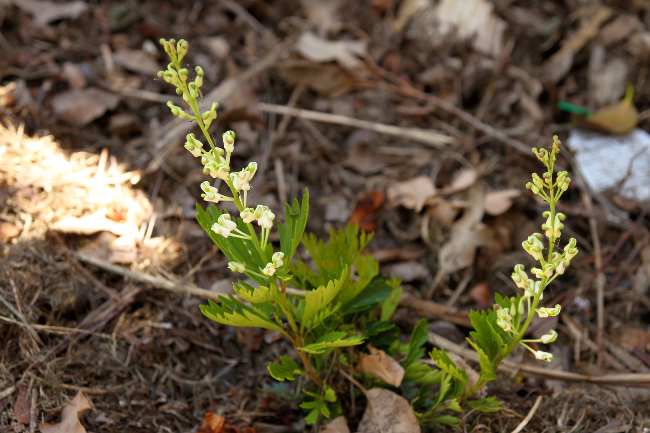 I planted six of these lovely-foliaged plants along our back fence so that maybe, like in 5-10 years’ time, we’ll have a low, full hedge of these gorgeous plants. These guys are growing slowly, since they also like to build an extensive root system, but I’m hoping that they’ll take off in successive years. (These guys are also Proteaceae, which do grow a little slowly in my garden, but they’re otherwise healthy.) In late spring – November – they send up racemes of cream-coloured flowers. 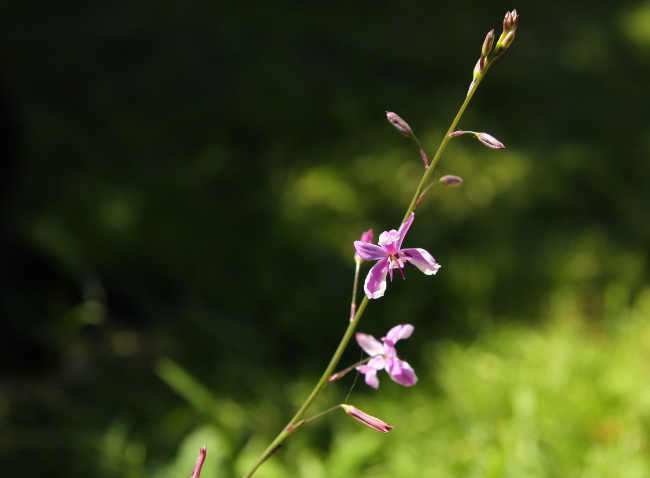 Named because of the smell, allegedly like chocolate. These tiny purple flowers last from late spring to late autumn. My only problem with them is that they grow in small, grass-like tufts, which look a lot like regular grass when they’re not in bloom, and so I’ve accidentally yanked out one or two. Whoops. 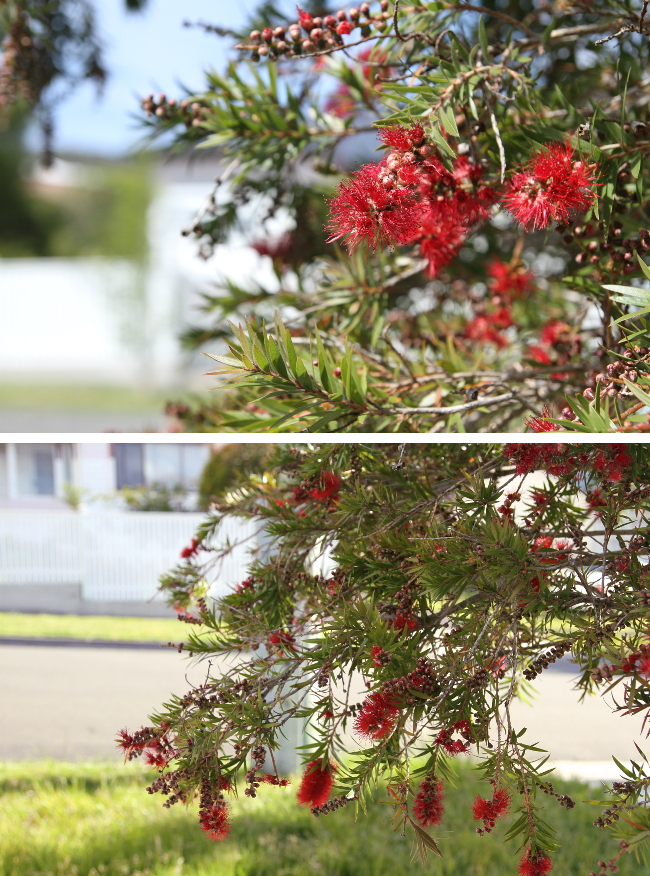 This small tree came with our property. I like it, so much so that I want two more to go alongside it and form a screen. (We’ve dug 1 of the 2 arborvitae out of there already.) Two things I’ve noticed: it likes being pruned after flowering, and it responds well to extra water, although it gets by just fine on rainfall. 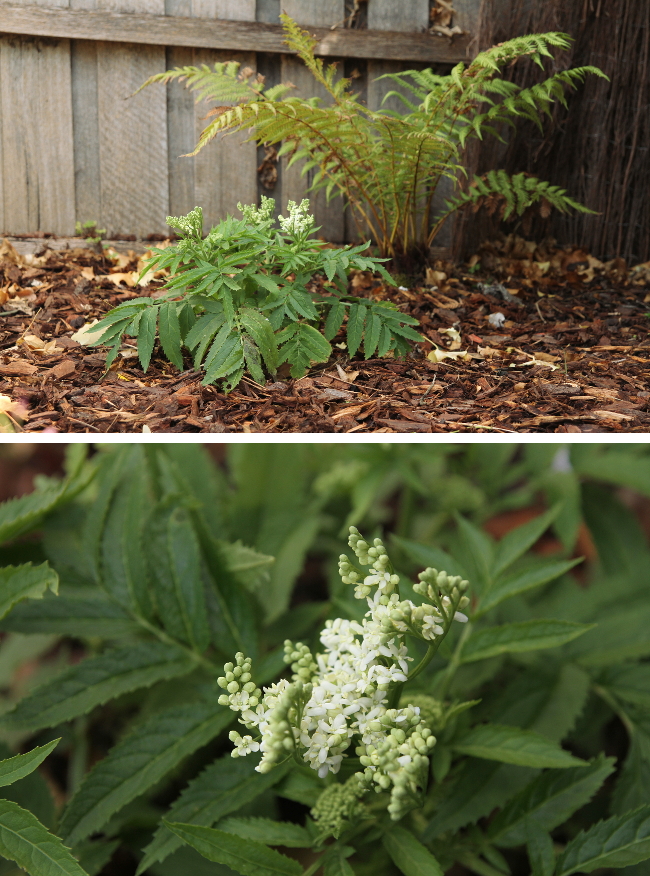 This plant survived in a shady, damp corner of our yard for over a year. It put on lots of growth, and in late spring, lots of small white flowers. Things were looking good. But when we returned from America last week, the whole thing had shriveled up into three small, brown sticks. Its rootstock might bounce back in autumn, but right now it’s giving every indication of being toast. Sigh. Either I’ll plant another one or pick out a hardier, non-herbaceous shade-loving plant. (The tree fern next to it is doing fine, at least.) 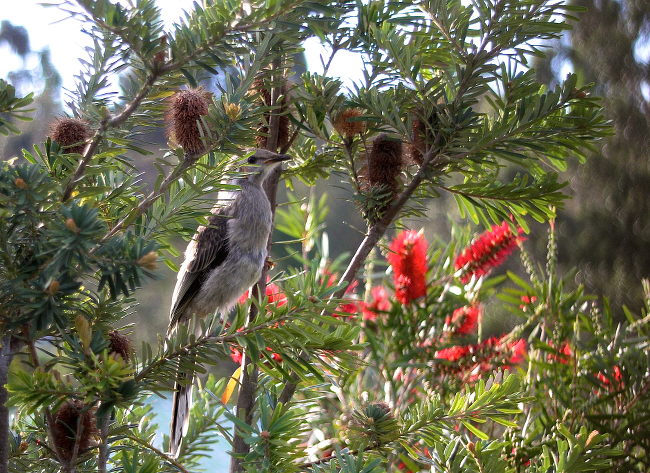 Australian plants might not have the showiest flowers, but many of them have pretty foliage and they’re all rewarding in their own right. The wattlebirds and honeyeaters like them too, and they’re hard to miss: larger than most other birds in the tree; loud, squelching yells; much smarter than my cat. (This juvenile wattlebird was hanging out in the banksia next door.) I’ve got other natives elsewhere in the yard, and hopefully they’ll do as well as this bunch!

Wow - thank you so much for your interest in my ha

The pandemic situation is worsening in Australia,

Hometown memories from 2019, while I #stayhome and

This is the sort of architecture I never thought t

Phoenix Towers, Phoenix AZ. If I lived here I woul

How do you use social media to its best advantage